A queer person who makes me proud 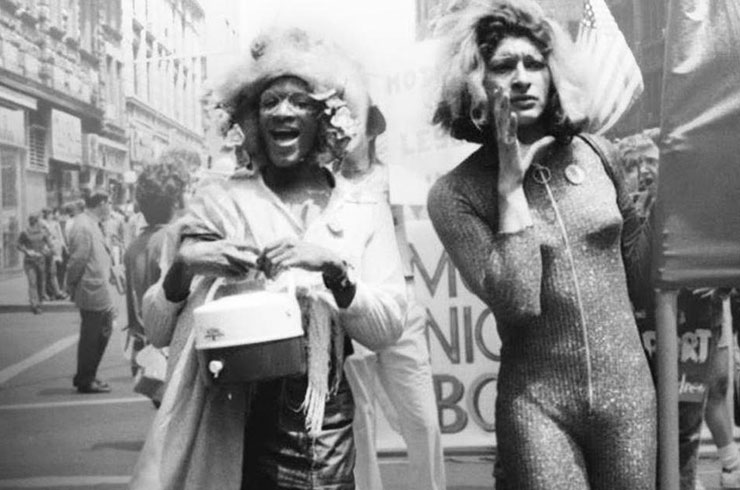 It’s Pride Month, a time to celebrate the LGBTQ community and to raise awareness for the unique issues faced by the community still today. This year, in-person festivities have been canceled due to the global coronavirus pandemic. In addition, protests in solidarity with Black Lives Matter have been ongoing for the past few weeks, sparked by a series of deaths at the hands of police.

This is a perfect time to shine a light on intersectionality and to remember a respected Black trans leader who was at the forefront of LGBTQ activism. Marsha P. Johnson is a name you may have heard of and who is known for her prominent role in the Stonewall Riots of 1969, a pivotal event that sparked the fight for gay rights in this country. Ms. Johnson’s life is inspirational. As is the legacy she created.

Marsha P. Johnson was born Malcolm Michaels, Jr. in 1945 in Elizabeth, New Jersey. She began dressing in girl’s clothing around the age of five, which was not well-accepted by her traditional Christian family. Immediately following her high school graduation in 1963, she moved to New York’s Greenwich Village with only a bag of clothes and $15 to her name.

These were difficult beginnings. Marsha was homeless. She worked as a prostitute and began to cultivate a community of like-minded friends who would often spend time in the area of The Stonewall Inn on Christopher Street. As she was establishing herself in her new environment and settling into her identity, she experimented with various names. Black Marsha was an early adoption, which later evolved into Marsha P. Johnson. She chose the last name from one of her favorite places to eat, Howard Johnson’s. She’d say the “P.” stood for “Pay it no mind”, a phrase she used to dismiss those who would criticize her lifestyle.

It was June 28, 1969 that the police raided the Stonewall Inn, a gay bar where patrons were regularly targed, hassled and arrested by law enforcement. Johnson arrived in the middle of the raid. She soon found herself and her friend, Sylvia Rivera, involved in the uprising, which continued over the course of several days. This action led to the first Gay Pride marches the following year.

Johnson and Rivera continued their advocacy work on behalf of the gay and trans community, founding the Street Transvestite Action Revolutionaries (STAR), an organization that helped to provide food and shelter to trans youth. She also worked as a successful drag queen and was known for her consistent generosity, despite dealing with recurrent mental illnesses. She was also a fierce AIDS advocate and contracted the disease herself later in life.

Unfortunately, Marsha’s life was cut short in 1992 when she was found dead in the Hudson River near Christopher Street Pier. Police ruled it a suicide, but she didn’t leave a note and numerous friends said she wasn’t suicidal at the time. The investigation was reopened in 2012 and, ultimately, the cause of death was changed to “undetermined.”

Marsha P. Johnson leaves behind a glorious legacy. In 2016, the Stonewall Inn was named a National and Historic Landmark, and there is a photo of her and Sylvia Rivera in the backroom. In addition, the Marsha P. Johnson institute is an organization that was formed to address and defend the rights of black transgender people. The East River State Park in Brooklyn was renamed the Marsha P. Johnson State Park just this year, and a statue is set to be unveiled in her honor in 2021.

Everyone Has or Is Pursuing More Than One Partner

Ethical non-monogamy typically involves having relationships with more than one person, but this doesn’t have to be the case. You can still identify as polyamorous or non-monogamous if you have just one partner, or even none at all. Many consider poly to be an identity, or an integral part of themselves. This doesn’t change if you’re between partners, currently involved with only one person or taking a break from dating altogether.

Jealousy Is More Intense Than in Monogamous Relationships

People’s first reaction when they find out someone they know is polyamorous is often to say, “Oh, I could never do that. I’d be too jealous.” The assumption is that the feeling of jealousy would be intensified knowing that a partner is intimately involved with someone else. This isn’t always the case. Those in ethically non-monogamous relationships are actually likely to be more prepared to recognize, manage and talk about jealous feelings because they anticipate them. Some folks identify strongly with non-monogamy precisely because they don’t experience much jealousy. Instead, they may feel compersion for their partner. Compersion is a feeling of happiness that comes from seeing the joy of a partner or loved one sharing their time with another.

It’s All About Wanting More Sex

Another misconception some folks have about people who practice ethical non-monogamy is that they’re obsessed with sex. Just because people may have multiple relationships doesn’t necessarily mean they are having lots of sex. In fact, they may not be having sex at all. Polyamorous individuals are just as complex as monogamous ones. Their interests in sex vary. There are those who are asexual and who might not wish to have sexual relationships at all. Others are demisexual, preferring to only engage in sex with partners they share a deep emotional bond with. Highly sexual individuals with varying degrees of interest in sex, from vanilla to kinky, also exist within the world of open relationships. Non-monogamy allows individuals to approach each relationship separately and to negotiate the types of behaviors that may or may not occur.

If My Partner Loves Someone Else, They Will Love Me Less

One of the biggest worries people have when approaching polyamory is that they may discover their partner will grow to love another. This can be especially worrisome for established couples who decide to open their relationship. The truth is that relationships are all different. Each brings its own benefits to your life, and you can expect to forge unique bonds with each partner. That’s truly the beauty of non-monogamy. You’re able to explore various connections and to seek more than one love. As with monogamous relationships, it is possible for partners to outgrow each other or to move on for various reasons. However, fear of this shouldn’t stop you from pursuing the potential of meaningful connections to enrich your life.

It Takes Too Much Time

People sometimes wonder how they can possibly find time to have a relationship with more than one person. While time is a limited resource, we often can make time for what matters most to us. Chances are, you find time to spend with friends and family who are meaningful to you. You can take that same approach to arrange your week in a way that allows you to get to know potential new partners. Polyamorous relationships are much like any other kind. Partners discuss and negotiate the amount of time they wish to spend together and work it into the other aspects of their life. Sometimes you may need to make adjustments, and that’s to be expected.

These are just some of the myths about ethical non-monogamy. The dynamics within this relationship approach may differ from the monogamous style that is normalized within our culture. The important thing to remember is that neither structure is better than the other. What matters most is comfort, consent and communication between partners.